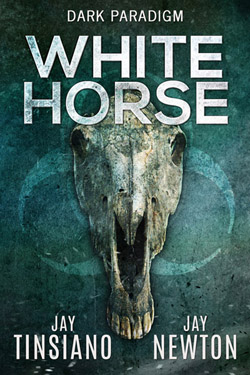 No 1 in the DARK PARADIGM series

An orphan child without a name disappears down a dark, illegal CIA mind-control programme. Now trained in the ways of death, he prepares to do his master’s twisted bidding.

From its first pages, the relentless techno-thriller White Horse drops you with a thunderclap in the middle of these colliding worlds. This tale of a global conspiracy that threatens humanity itself will keep you guessing whether anyone can survive.

eBook available at all major stores
Purchase eBook Direct
We use cookies on our website to give you the most relevant experience by remembering your preferences and repeat visits. By clicking “Accept”, you consent to the use of ALL the cookies.
Do not sell my personal information.
Cookie SettingsAccept
Manage consent