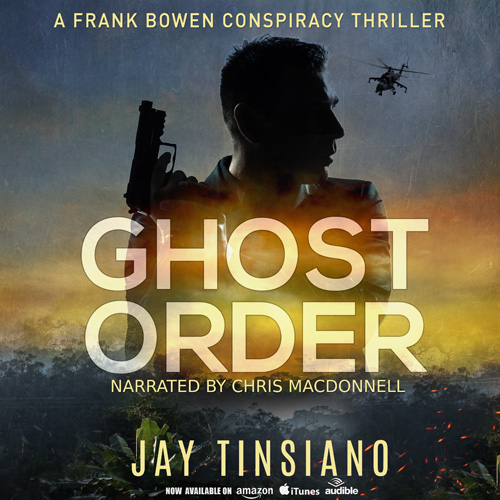 Available on Audible, Amazon and iTunes.

Frank Bowen attempts to piece together a fractured life at home but finds himself pulled back into the dark state once again. Only, this time, he’s playing both sides.

Hired by John Rhodes, founding father of the Liberatus movement, his mission is to escort a valuable asset to South America. Then the spectre of Carl Paterson emerges and Frank finds he has to work once again with his old agency, Ghost 13. Later, in the depths of the Colombian Darien Gap jungle – swarming with narcos, paramilitary groups and bandits – Frank finds death and evil wait around every corner in the most inhospitable place on earth.

This is the third fast-paced thriller in the Frank Bowen series by Jay Tinsiano.